Slashing taxes and taking a hands-off approach to governance attracted thousands of residents to places like in Lake Wylie, South Carolina. But politicians neglected to spend money on critical infrastructure, and now the Republican-led county council has placed a 16-month moratorium on all new development.

The York County Council said that the town, where the population has tripled since 2000, needs to get a better handle on growth, the Wall Street Journal reported. Several years of outsized development has strained Lake Wylie’s water system, schools, and roads.

The moratorium affects commercial and residential rezoning requests as well as considerations of new apartment complexes and subdivisions.

“New development in the town isn’t of the kind the town needs,” said Council member Allison Love. “For example, there are seven car washes and six self-storage facilities on the town’s main drag but few restaurants and doctors’ offices. Many residential subdivisions look almost identical.”

Love and her colleagues said they gathered thousands of signatures supporting the moratorium from residents of the town who are tired of overly long commutes caused by clogged roadways and water main breaks. Three mile drives across town can take up to 45 minutes in some cases and residents have seen a dozen boil-water advisories in the last two years.

Other towns in the Sunbelt region have struggled with similar issues related to development. Development firms like the Related Group have expanded into small towns across the region in search of returns.

The moratorium may be too late to relieve near-term pressure on Lake Wylie, though — there are currently around 3,000 new homes and apartments approved and in various stages of construction in the town. 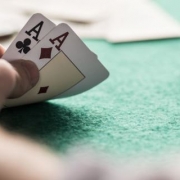 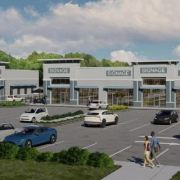 PODCAST: Why South Florida’s Commercial Real Estate Market Will Have A Strong...
Scroll to top