As shopping centre and high street landlords survey the wreckage left by coronavirus, warehouse owners are facing a different problem: how to deal with record demand.

Amazon has led the charge. The company, which has added an eye-watering $600bn to its market capitalisation this year as sales have jumped, is inking lease agreements on mammoth warehouses around the world. It has committed to opening 33 “fulfilment centres” in the US this year, an additional 35m square feet spread from Atlanta to Arizona.

The US ecommerce giant is also the incoming tenant of a 2.3m square foot warehouse on London’s outskirts, according to people with knowledge of that deal. Amazon’s sprawling expansion is one reason why investors are sensing opportunity.

The take-up of UK logistics space hit record levels in the second quarter of the year, according to property group CBRE — despite the lockdown.

“Following a quiet few months after coronavirus hit, investors are back with a vengeance”, said David Sleath, chief executive of Segro, the dominant logistics company in the UK and a sizeable participant in Europe which last week said it had lifted first-half profit. “If you are a global institutional investor and you want exposure to commercial real estate, this is an attractive place to be.”

A decade ago, ecommerce accounted for 6.7 per cent of all retail sales in the UK, according to the Office for National Statistics. By February, the month before the outbreak, the figure was 19 per cent. By May it had hit 33 per cent. In April, 27 per cent of purchases were made online in the US, according to the commerce department and Bank of America.

Until recently, the most desirable property to own was a traditional mall. Malls had a natural moat, being difficult to develop and serving a catchment area

“That share was likely to diminish as stores reopened,” cautioned Mr Sleath, “but incoming tenants were looking to crystallise that temporary spike into increased capacity”.

“There’s a wall of cash coming into our sector,” said Marcus de Minckwitz, an investment adviser on European logistics at Savills property.

Every extra £1bn spent online means the addition of almost 900,000 square feet of logistics space, according to CBRE. New York-listed Prologis, the world’s largest warehouse company, estimates that 1.2m sq ft of space is needed for every $1bn in ecommerce sales in the US.

Gains from ecommerce tenants far outweigh the losses from bricks-and-mortar retailers, according to CBRE, one reason why Blackstone, the world’s largest private property owner, has described logistics as its “highest conviction” sector.

“Until recently, the most desirable property to own was a traditional mall. Malls had a natural moat, being difficult to develop and serving a catchment area . . . Logistics for a long time was viewed as the other end of the spectrum: not so exciting and more easily replicable,” said Ken Caplan, global co-head of Blackstone Real Estate. The rise of ecommerce had shifted that whole dynamic.”

In June 2010, Segro’s market capitalisation was less than £2bn, according to data from S&P Global. Now at £11.8bn, it is comfortably the UK’s largest listed property group; UK shopping centre owner Intu, meanwhile, has collapsed. The value of US peer Prologis has climbed a fifth this year to roughly $77.5bn.

Dozens of shopping centres in the US are being turned into industrial sites, according to CBRE, which says Covid-19 will accelerate the trend. This week, the Wall Street Journal reported that Amazon was in talks with mall owner Simon Property to repurpose department stores as distribution hubs.

Thanks to the ecommerce boom, CBRE predicts there will be demand for 333m sq ft of new space in the US by 2022 — treble its previous estimate — and expects rents to grow by about 6 per cent a year. Amazon is not the only eager tenant. Fashion retailers with a limited online presence have desperately sought space to park stock they could not shift in the pandemic.

“They already have warehouses full of clothes, then next season’s come in and they can’t stack it,” according to one UK property agent.

“But while some warehouse owners had suffered hits to rental income from retail tenants in particular, investors bidding for new sites were achieving few discounts,” said Mr de Minckwitz.

“Some indiscriminate investors were likely to get caught out, warned Mr Sleath. “There will be more retail fatalities, that will mean empty warehousing as well as shopping centres. It’s very important to think about where you place your money.”

Asset manager PGIM bought five German logistics sites last month and said it was optimistic that demand would only grow. Private equity firms are piling in too: as well as Blackstone, Meyer Bergman plans to raise €750m to invest in Europe.

“Investors needing long and strong sources of income, such as sovereign wealth funds and European pension funds, were also attracted by the sector,” said James Dunlop, a fund manager at Tritax Big Box.

“But some might come unstuck,” cautioned Adrian Benedict, head of real estate solutions at Fidelity. “There’s a flood of capital from retail to logistics. Inevitably, with every crisis, you see those poorly considered deals at the end of the cycle are the ones you really regret.” 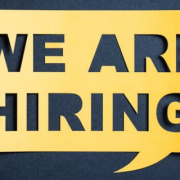 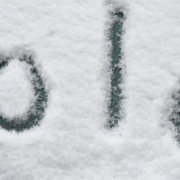 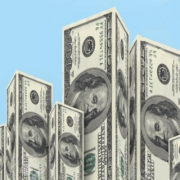 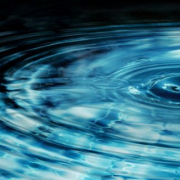 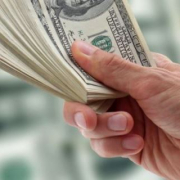 Industrial Prices Expected To Increase Due To Pandemic
Scroll to top