Intense real estate development in Fort Lauderdale may shift from the downtown area and the beach to neighborhoods south of the New River and other areas.

“You’re going to see a tremendous development amount of activity downtown, and that will continue,” said Fort Lauderdale Mayor Jack Seiler. But in upcoming years, “I think you’re going to see more on South Andrews Avenue.”

Seiler was one of five members of a panel who spoke Wednesday night at the sales center for the Gale Residences Fort Lauderdale Beach.

Another panelist, Ken Stiles, co-CEO of Fort Lauderdale-based Stiles Corp., cited the potential for development of the area around the Broward Health Medical Center at 1600 South Andrews Avenue.

“It’s just waiting for somebody to step in and do something there,” Stiles said. “There’s not a lot of opportunity downtown anymore … so you’re going to have to look elsewhere. Yet assembling large tracts of land in the South Andrews Avenue corridor is a challenge. There are a couple of big landholders there that make it difficult for us to go in there.”

“Imagine what’s going to happen when the Wave starts operating,” Motwani said. “Housing is an obvious play” for developers in the South Andrews area, “but there’s also retail opportunity. You can bring restaurants and shops that you didn’t have the daytime population for.”

“You’re going to see more intense development in the northwest,” Jones said, citing such catalysts as the summer startup of the Brightline passenger train service at its Fort Lauderdale station, located at 101 Northwest Second Avenue.

The Fort Lauderdale economy is on a roll. Employment in metropolitan Fort Lauderdale increased by 28,604 jobs in 2016, more than in Palm Beach County and Miami-Dade County combined, according to the Bureau of Labor Statistics.

After Nearly A Decade Of Dormancy, Office Construction Returning 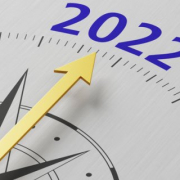 Boynton Beach To Consider Proposal For Apartments, Retail And Hotel On Federal...
Scroll to top