Cross-border investment in US commercial real estate returned to pre-pandemic levels in 2021, according to new reports from the National Association of Realtors.

In the large capital market where transactions are at least $2.5 million, Real Capital Analytics reported that cross-border capital flows rose 44% to $52.9 billion during the four quarters through 2021 Q3, accounting for 8% of total domestic and cross-border transactions of $638.2 billion.

A Shift To Secondary Markets

The share of cross-border capital of the six major markets (New York, Chicago, Boston, Washington, D.C., Los Angeles, and San Francisco) decreased to 37%, from 45% in 2020. In 2019, the six major markets accounted for 50% of acquisitions. Nonmajor markets are attracting foreign investors given the migration in these areas and the relatively cheaper cost of acquiring real estate in these markets.

Canada was the major source of capital. It was also the #1 investor in 2020 and for most years. Other major investors were from Asia, namely Singapore and South Korea, which each invested $7 billion to $8 billion.

Cross-border flows from China totaled less than $1 billion, a decline from the level in 2018 when investments totaled $5.8 billion, after investments declined in the wake of the US-China trade war in 2018-2019 and COVID-related travel restrictions since 2020.

The industrial market accounted for the largest share of acquisitions ($18.1 billion), with the largest investments going to Chicago ($1.4 billion) and Dallas ($1.2 billion).

Surprisingly, with the office market suffering from its highest vacancy since the Great Recession, it drew the second largest share of foreign investor acquisitions, at $16 billion, or 30% of total acquisitions. Seattle accounted for the largest office investment ($2.2 billion). Foreign investors remain bullish on San Francisco, making the second largest investment ($2.2 billion).

Other markets where investors made over $1 billion were Boston ($1.6 billion) and the District of Columbia ($1.1 billion). In Manhattan, investors’ acquisitions for office properties totaled $805 million.

Foreign buyer transactions accounted for 3.1% of the estimated commercial transactions of $155.9 billion among NAR commercial members. In contrast to the ‘large’ real estate market, individual investors made up 97% of this market. 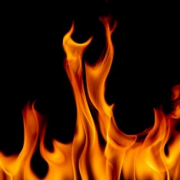 The Next Big Trends In Industrial

Blackstone Is Already Selling Pieces Of The $18B GLP Industrial Portfolio